Why I’m Optimistic about DevOps 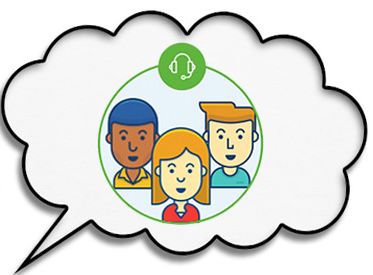 Last Tuesday, I attended a webinar, Tools-Driven DevOps and Continuous Software Delivery. There, Julie Craig, research director at EMA presented the results of its latest survey-based research on DevOps and Continuous Delivery. She confirmed that DevOps is going through a growth spurt, in part due to the link between accelerated software delivery and revenue growth.  Other survey results follow.

DevOps Tool Selection. In response to the survey question, “which tool would you invest in the next 12 months,” deployment/release automation supporting continuous delivery came in first. Second place went to an application management platform or suite solution supporting DevOps and troubleshooting.

This is good news for any Altassian Expert, like RightStar.  Atlassian offers JIRA to track workflow–to do, progress, review, and done; Bitbucket as a code repository; and Bamboo to deliver JIRA from code to customer. Although there is plenty of competition among DevOps tool set vendors, Atlassian arguably has the most complete suite of tools.  But there’s more good news coming…

Atlassian says it has more than 5 million monthly active users of its products, with 48,000 customers (which it describes as organizations that have at least one active and paid license or subscription for which they paid more than $10 per month) “across virtually every industry sector in more than 160 countries.” Some of the more high profile customers include Fitbit, PayPal, Visa, NASA, MIT, Nordstrom, Tesla, Cisco and Adobe. While the company focuses on five main products, some two-thirds of its revenues come from two: JIRA, and Confluence.

Support is feeling the impact of accelerated rates of change. In 2009, ten software deploys per day was considered fast.  Now that is considered merely average. As a result, both Operations and Development spend more time on support than ever before. Ops spends more time on application support than infrastructure support and Dev spends as much time supporting production as it does developing new apps.  (At RightStar, we spend as much time on support related issues as we do on writing code.)

RightStar is off to a good start this year with Atlassian.  I look forward to even greater growth in 2016 with an opportunity to easily double what we’ve done in 2015.  Here’s to getting Dev and Ops to work better together and all under one roof in 2016!

I am the President, CEO, and founder of RightStar Systems, a leading ITSM and DevOps consultancy and BMC Software Gold Solution Provider and Atlassian Platinum Partner. My passion is customer success—whether it’s reducing the cost of service management, improving overall efficiency, or increasing end-user or employee satisfaction. Since founding RightStar in 2003, RightStar has made the INC 5000 list four times. In 2011, RightStar was awarded the prestigious National Capital Business Ethics Award (NCBEA) by the Society of Financial Service Professionals based upon RightStar’s foundation of honesty, ethics, and integrity. And in 2014, RightStar was selected by Forrester Research as one of 13 North American companies profiled in its ITSM Consultancy Wave Report. Finally, in 2019, BMC selected RightStar as its DSM North American Partner of the Year for its sales and partnership excellence. Dick is a graduate of Stanford University and a Project Management Professional (PMP).
View all posts by dick1stark →
This entry was posted in DevOps, RightStar, Technology Trends, Uncategorized and tagged Atlassian, DevOps, JIRA. Bookmark the permalink.